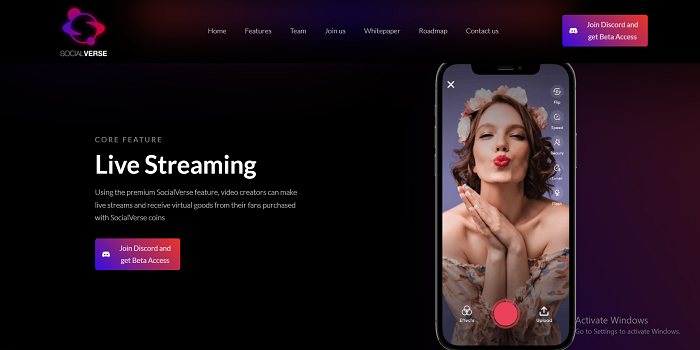 We spent a lot of last week talking about Cloud Party, the new Facebook-driven 3D virtual world that Second Life co-founder Cory Ondrejka is backing as a funder and an adviser, but as it turns out, Cory himself has probably been pre-occupied with more pressing matters: He was recently appointed CTO in charge of Facebook’s incredibly important mobile division, taking that role from Bret Taylor, who stepped down. Pretty impressive to go from the CTO of a virtual world developer with a million users at peak to leading the mobile division of a service with a billion users, in the space of five years. (Cory was fired from Linden Lab in 2007, over a dispute in managerial philosophy with fellow SL founder Philip Rosedale.)

What’s this mean for Cloud Party? Right now, I’d say probably not much:

While some SLers have speculated Cory will push Cloud Party as a Facebook project, the virtual world still only has a thousand users, and while the technology is quite impressive, the 3D graphics of Cloud Party will limit its userbase, at least in the short term. (There are currently no popular Facebook games with full 3D graphics, and the platform, which is still mainly used an office lunch break/lightly engaged social network, is really not conducive to 3D.) That will probably change as tablet-based computing gets more and more popular (I bet Cloud Party will be quite appealing on an iPad and other tablets), but that growth will take some time. It’s possible that Facebook could showcase Cloud Party as a technology prototype, or outright acquire it and integrate it into the game platform, but first, my guess is it’ll have to prove it can attract and retain something far more important: Lots and lots of Facebook users.

That this works at all, and is already incorporating features in Beta which LL refuses to even consider putting into its decade old Metaverse for social platform, tells me that the moment one can be a part without Facebook telling your coworkers and boss which sex palace island you go to, Second Life will be on the ropes. If a customer has the choice between being treated like an inconvenience and treated like a valued customer, they will go to where they are treated like a valued customer.

Personally I think a V2.0 Second Life is way overdue. But I’ve given up hope that LL will ever do anything right, even staring face to face with its own demise.

Aye, what impressed me most is that it took only 9 months to reach this level 🙂 So one wonders what they’ll do in the next 9 months.

As for showcasing Cloud Party as a “cool technology for Facebook”, I concur with Hamlet — it’s not really feasible. Not yet. Cloud Party has still a too “rookie” approach for that.

Now we can speculate that if, a year from now, people can chat/voice across Facebook pages and CP islands, drag a picture from Facebook into CP and see it on a prim, set up privacy settings on the Facebook tab for application settings and see them be reflected immediately on a CP island, “like” items and places on CP and see them on your timeline… well, those would start to be real cool integration attempts between Facebook and CP!

Ironically, you could do all that in SL as well (yes, even voice integration with Facebook users), since Facebook has a lot of APIs (and includes some open protocols like XMPP for chat), if only LL bothered to spend some development time implementing them